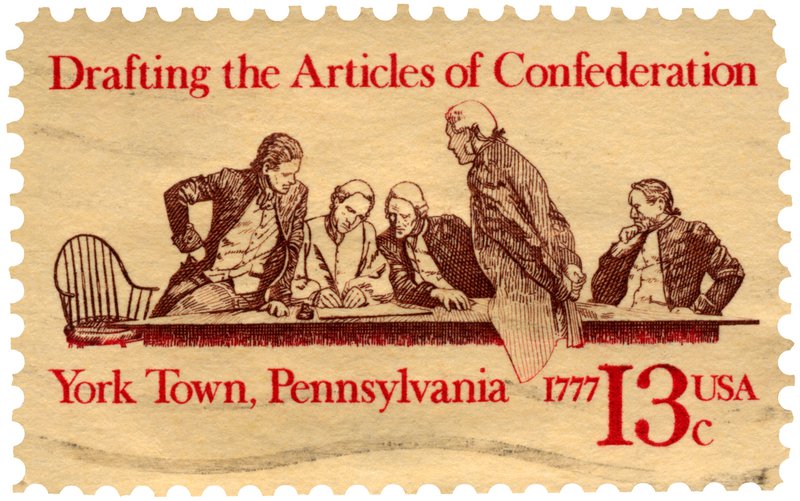 In theory, the founding fathers should be the ultimate financial role models. After all, they’re literally on the money. Warren Buffett might be every investor’s hero, but he can’t count his earnings without seeing the faces of Washington, Hamilton, Franklin, and Jefferson. And even John Adams, perhaps the most neglected of the founding fathers, has been commemorated on the dollar coin.

What can the men who adorn our currency teach us about our own finances? Quite a lot, actually, but not because they were all as good with money as they were at creating a nation. Jefferson, for example, amassed a great fortune but later squandered it and ended his life all but penniless (despite, of course, the economic advantages of being a slaveholder). But others, including Washington—a shrewd and even ruthless businessman—died very wealthy men. Here are some of the lessons, still applicable today, that can be drawn from these historic financial lives.

Have a Back-up Plan

Alexander Hamilton may have been the greatest financial visionary in American history. After the Revolutionary War, as Washington’s Treasury Secretary, Hamilton steered the fledgling nation out of economic turmoil, ensured the U.S. could pay back its debts, established a national bank, and set the country on a healthy economic path. But it turned out that he was far better at managing the country’s finances than his own.

When Hamilton was killed in a duel with vice president Aaron Burr, his relatives found they were broke without his government salary. Willard Sterne Randall, biographer of multiple founding fathers, recounts that Hamilton’s wife was forced to take up a collection at his funeral in order to pay for a proper burial.

What went wrong? Hamilton’s law practice had made him wealthy and a government salary paid the bills once he moved to Washington, but he also had seven children and two mistresses to support. Those expenses, in addition to his spendthrift ways, left Hamilton living from paycheck to paycheck.

The takeaway: Don’t stake your family’s financial future on your current salary. The Amicable Society pioneered the first life insurance policy in 1706, well before Hamilton’s demise in 1804, and term life insurance remains an excellent way to provide for loved ones in the event of an untimely death. (Also, don’t get into duels. Life insurance usually doesn’t cover those.)

Conventional wisdom holds that investors shouldn’t put all their eggs in one basket, and our nation’s first president prospered by following this truism.

During the early 18th century, Virginia’s landed gentry became rich selling fine tobacco to European buyers. Times were so good for so long that few thought to change their strategy when the bottom fell out of the market in the 1760s, and Jefferson in particular continued to throw good money after bad as prices plummeted. George W. wasn’t as foolish. “Washington was the first to figure out that you had to diversify,” explains Randall. “Only Washington figured out that you couldn’t rely on a single crop.”

After determining tobacco to be a poor investment, Washington switched to wheat. He shipped his finest grain overseas and sold the lower quality product to his Virginia neighbors (who, historians believe, used it to feed their slaves). As land lost its value, Washington stopped acquiring new property and started renting out what he owned. He also fished on the Chesapeake and charged local businessmen for the use of his docks. The president was so focussed on revenues that at times he could even be heartless: When a group of revolutionary war veterans became delinquent on rent, they found themselves evicted from the Washington estate by their former commander.

Invest in What You Know

Warren Buffett’s famous piece of investing wisdom is also a major lesson of Benjamin Franklin’s path to success. After running away from home, the young Franklin started a print shop in Boston and started publishing Poor Richard’s Almanac. When Poor Richard’s became a success, Franklin reinvested in publishing.

“What he did that was smart was that he created America’s first media empire,” says Walter Isaacson, former editor of TIME magazine and author of Benjamin Franklin: An American Life. Franklin franchised his printing business to relatives and apprentices and spread them all the way from Pennsylvania to the Carolinas. He also founded the Pennsylvania Gazette, the colonies’ most popular newspaper, and published it on his own presses. In line with his principle of “doing well by doing good,” Franklin used his position as postmaster general to create the first truly national mail service. The new postal network not only provided the country with a means of communication, but also allowed Franklin wider distribution for his various print products. Isaacson says Franklin even provided his publishing affiliates with privileged mail service before ultimately giving all citizens equal access.

Franklin’s domination of the print industry paid off big time. He became America’s first self-made millionaire and was able to retire at age 42.

Don’t Try to Keep Up With the Joneses

Everyone wants to impress their friends, even America’s founders. Alexander Hamilton blew through his fortune trying to match the lifestyle of a colonial gentleman. He worked himself to the bone as a New York lawyer to still-not-quite afford the expenses incurred by Virginia aristocrats.

Similarly, Thomas Jefferson’s dedication to impressing guests with fine wines, not to mention his compulsive nest feathering (his plantation, Monticello, was in an almost constant state of renovation), made him a life-long debtor.

Once again, it was Ben Franklin who set the positive example: Franklin biographer Henry Wilson Brands, professor of history at the University of Austin, believes the inventor’s relative maturity made him immune to the type of one-upmanship that was common amongst the upper classes. By the time he entered politics in earnest, he was hardly threatened by a group of colleagues young enough to be his children. Franklin’s hard work on the way to wealth also deterred him from excessive conspicuous consumption. “Franklin, like many people who earned their money the hard way, was very careful with it,” says Brands. “He worked hard to earn his money and he wasn’t going to squander it.”

Not Good With Money? Get Some Help

In addition to being boring and generally unlikeable, John Adams was not very good with money. Luckily for him, his wife, Abigail, was something of a financial genius. While John was intent on increasing the size of his estate, Abigail knew that property was a rookie investment. “He had this emotional attachment to land,” recounts Woody Holton, author of an acclaimed Abigail Adams biography. “She told him ‘Thats all well and good, but you’re making 1% on your land and I can get you 25%.’”

She lived up to her word. During the war, Abigail managed the manufacturing of gunpowder and other military supplies while her husband was away. After John ventured to France on business, she instructed him to ship her goods in place of money so she could sell supplies to stores beleaguered by the British blockade. Showing an acute understanding of risk and reward, she even reassured her worried spouse after a few shipments were intercepted by British authorities. “If one in three arrives, I should be a gainer,” explained Abigail in one correspondence. When she finally rejoined John in Europe, the future first lady had put them on the road to wealth. “Financially, the best thing John Adams did for his family was to leave it for 10 years,” says Holton.

As good as her wartime performance was, Abigail’s masterstroke would take place after the revolution. Lacking hard currency, the Continental Congress had been forced to pay soldiers with then-worthless government bonds. Abigail bought bundles of the securities for pennies on the dollar and earned massive sums when the country’s finances stabilized.

Despite Abigail’s talent, John continued to pursue his own bumbling financial strategies. Abigail had to be eternally vigilant, and frequently stepped in at the last minute to stop a particularly ill-conceived venture. After spending the first half of one letter instructing his financial manager to purchase nearby property, John abruptly contradicted the order after an intervention by Abigail. “Shewing [showing] what I had written to Madam she has made me sick of purchasing Veseys Place,” wrote Adams. Instead, at his wife’s urging, he told the manager to purchase more bonds.

Make a Budget… and Stick To It

From a financial perspective, Thomas Jefferson was one giant cautionary tale. He spent too much, saved too little, and had no understanding of how to make money from agriculture. As Barnard history professor Herbert Sloan succinctly puts it, Jefferson “had the remarkable ability to always make the wrong decision.” To make matters worse, Jefferson’s major holdings were in land. Large estates had previously brought in considerable profits, but during his later years farmland became extremely difficult to sell. Jefferson was so destitute during one trip that he borrowed money from one of his slaves.

Yet, despite his dismal economic abilities, Jefferson also kept meticulous financial records. Year after year, he dutifully logged his earnings and expenditures. The problem? He never balanced them. When Jefferson died, his estate was essentially liquidated to pay his creditors.

This article was written by JACOB DAVIDSON from MONEY and was legally licensed by AdvisorStream through the NewsCred publisher network.

This article is from Money Magazine and was legally licensed by AdvisorStreamthrough the NewsCred publisher network.